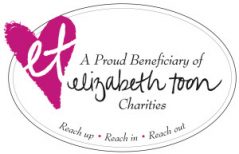 There are a 150 Million people in the United States, so what makes Elizabeth Toon so special?

All of them live on in her absence and in her honor for no other reason than to honor her existence by helping others.  The charity has literally raised millions of dollars and helped thousands of families over the last decade and EPIC Carts was privileged enough to participate in the 10th Annual Elizabeth Toon Live Auction on Tuesday night.  The single goal was to raise funds that will help ten different charities and thousands of individuals in 2016.

The EPIC Carts team was quoted, “We can’t be all things to all people in this world, but if EPIC is fortunate enough to get to work with just a handful of groups, the Elizabeth Toon organization is a pretty incredible team to work with.”

You can learn more about Elizabeth Toon here and donate here!